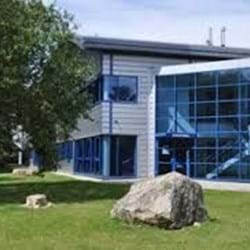 Andrew Messenger received his PhD from Durham University in 2018, under the supervision of Dr Richard Williams, Dr Grant Ingram and Prof Simon Hogg. He was also a member of the multi-disciplinary Centre for doctorial Training in Energy. Andrew’s doctoral research focused on the experimental development of a novel turbomachinery seal, taking the concept from initial proof of concept in a laboratory setting to testing in a major steam turbine seal test facility, in collaboration with a major turbine manufacturer.

While in Durham, Andrew was involved with the solar car team, which designed, built and raced a solar powered car across the outback of Australia as part of the World Solar Challenge. He was team Principal and race engineer in the 2015 and 2017 campaigns respectively.

Before taking up his position at Oxford, Andrew briefly worked in industry as a hydraulic engineer, designing engine cooling pump internals at Gilbert Gilkes and Gordon Ltd.