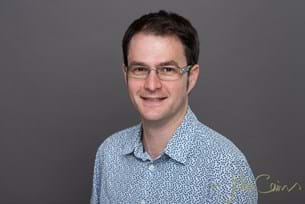 Michael is an Associate Professor of Engineering Science at the Institute of Biomedical Engineering where he leads the Quantitative Biomedical Inference (QuBIc) group.

Martin is a Postdoctoral Software Engineer in the QuBIc group at the Institute of Biomedical Engineering and the lead developer for Quantiphyse.

Ben was the original author of PKView (the precursor to Quantiphyse). He is now an Imaging Scientist at Perspectum Diagnostics, previously he was a Postdoctoral Research Assistant in the Image Analysis them of the CRUK-EPSRC Cancer Imaging Centre at Oxford.

Paula is Postdoctoral Research Assistant in the QuBIc group at the Institute of Biomedical Engineering and is part of the NIHR Biomedical Research Centre in Oxford. Paula leads the development of Quantiphyse for applications in tumour imaging and tools for Chemical Exchange Saturation Transfer MRI.

The Quantiphyse authors are grateful for the support from the CRUK-EPSRC Cancer Imaging Centre in Oxford, in particular Prof. Julia Schnabel and Prof. Sir Michael Brady, as well as all of the collaborators in Oncology with whom we have worked.