Project objectives are to increase the range and usability of existing subsea pipeline and telecommunications cable survey and detection systems, leading to improved robustness, design and functionality:

Experiments were designed to test the range and frequency response of standard detector coils in seawater culminating in a very successful experiment in Loch Fyne. 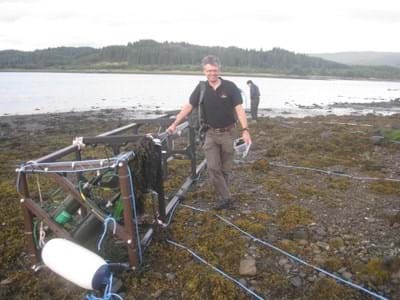 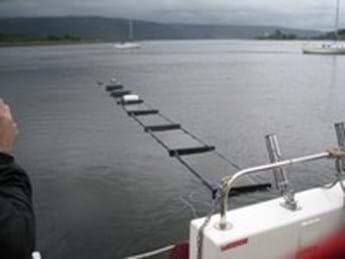 Initially we assembled the coils on the beach with a view to later floating them out to sea behind our survey vessel. Whilst initially successful it was hard to fully assemble the test rig so the majority of the assembly was done in water (quite handy that Dr S had brought his drysuit).

Pods containing power supply and DSP hardware were mounted at the bottom of the stack of coils which were floated vertically hanging from a pair of matched fender buoys.

Once the coils were afloat behind the survey vessel they were towed into deep water and set adrift in a vertical configuration.Each coil in turn was driven with a pulse and the response of every other coil in the stack measured to determine the specific transfer function for each pair.

Measurements were made using a coil set horizontal on the surface (as shown to in this picture) and hanging vertically. To get the coils vertical we weighted then lower section with scallop bags full of cobbles. Sad to say weather conditions were not ideal and a wind against tide condition resulted in the stack not quite hanging vertically in the water for the final tests. 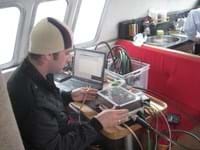 A three axis coil set was used the characterise the transmitted EM fields at the base unit (middle picture above). Local marine life did prove somewhat hazardous to the experimenters - several jellyfish were caught on the structure and had to be removed by the fearless Dr S. 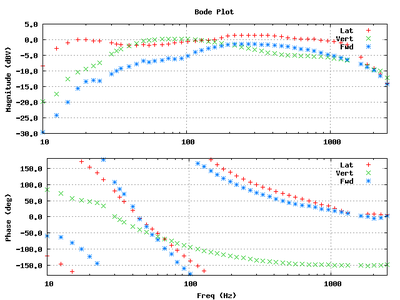 Three axes of data showed that flux was propagating the whole length of the test frame . Spectral data showed a good channel available in  the 100-1000Hz range with potential for use not only in pipeline surveying but also in localisation and communication applications.

Of the three polarisations scanned the lateral channel was clearly superior. Low frequency rolloff was due to limitations in the coil drive system.