Enrolled on Engineering Science at Oxford, you’ll spend your first two years studying the core topics which we believe are essential for all engineers to understand.

Having developed a solid grounding in these, you’ll choose to specialise into one of the eight branches of Engineering Science:

In the first two years of your degree, you’ll have around ten lectures per week, as well as two college tutorials or classes, and up to five hours of practical work. You'll also be expected to do significant amounts of self-directed study. Lecturers produce a sheet of about ten tutorial examples to accompany each set of four lectures and to provide a basis for College tutorials. A tutorial is usually concerned with one particular example sheet, which might require of the order of ten hours of your time in preparation.

As you enter your fourth year, a self-directed research project will take up roughly half your time.

The MEng degree in Engineering Science is accredited by the Professional Engineering Institutions, making it your first step towards full membership of one of the institutions and Engineering Chartership.

The course has been designed to achieve thresholds of learning that satisfy those institutions' criteria, including acquiring the knowledge and ability to handle broader implications of work as a professional engineer. It is especially important that the principles of sustainability (environmental, social and economic) are embedded in the teaching and learning throughout the course.

The accrediting institutions are:

Institution of Engineering and Technology

Institute of Measurement and Control

Our graduates go on to careers in a wide range of sectors, including banking, accountancy, computing, energy and the environment – but of course, most tend to work in the engineering and manufacturing sector. They’re in high demand, from both multinational companies and lean start-ups.

Some decide to continue their studies at Oxford, or elsewhere, by working towards a doctorate.

Within 6 months of graduating, 92% of our students are in work or further study – and earning an average salary of £30,000.

The Oxford University Careers Service will be on hand throughout your time here, supporting you as you take part in extracurricular activities and summer internships designed to make you stand out in today's jobs market.

“My work involves applying mathematical techniques to a variety of engineering problems related to Formula One cars. One recent example has been with race strategy, where we try to choose the optimum times to pit the car throughout a race and the best tyres to put on. I believe the reputation of the Oxford engineering degree was an important factor in securing a job in Formula One.”

You’ll find out more about the course structure and content in the following publications. For a hard copy of the Engineering Science Prospectus, contact us or come along to an Open Day. 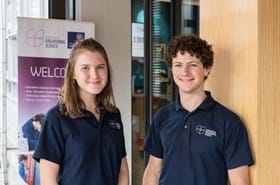 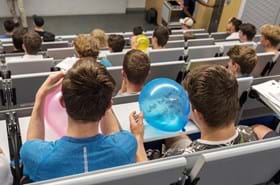 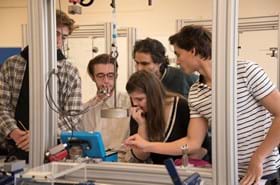