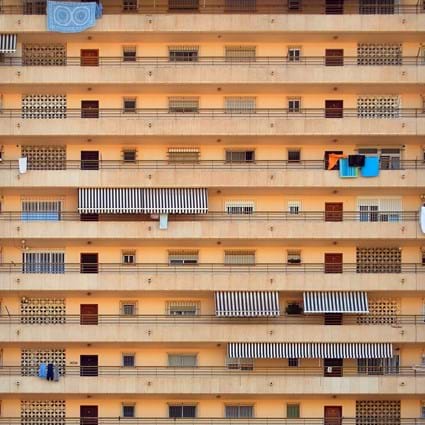 The future of cooling

By 2050, it is predicted that 68% of the world’s populations will live in urban areas. While this change will create new socioeconomic opportunities for many nations, it will also introduce many challenges to infrastructure and services. A new programme on the Future of Cooling, led by Dr Radhika Khosla (Oxford India Centre for Sustainable Development) and Professor Malcolm McCulloch (Department of Engineering Science), aims to examine and help shape the unprecedented increase in cooling energy demand growth.

Central to this shift will be developing countries, which will undergo the largest transitions to city living. While this change will create new socioeconomic opportunities for many nations, it will also introduce many challenges to infrastructure and services. This will be compounded by another major shift which will affect poorer nations disproportionally: climate change.

"Cities – especially those in transition, where most of the world's population are projected to live – must find ways to manage the tension between development and environmental protection," says Radhika Khosla, Research Director at the Oxford India Centre for Sustainable Development, and a Senior Researcher at the Smith School of Enterprise and the Environment. "This is a crucial time for transitioning cities, because once large-scale infrastructure decisions are made, they are "locked in" for decades due to the costs and difficulties in changing entrenched systems."

A key player in the global migration to cities is India, one of the world's most populous nations. The country is already home to over 400 million city dwellers, which is expected to double by 2050. Cities in India already experience widespread issues meeting the basic needs of inhabitants: one in six urbanites live in slums, officially defined as accommodation that is 'unfit for human habitation'. Due to the country's ongoing economic and social transitions, India is projected to account for a quarter of the rise in global energy use by 2040.

"Cities – especially those in transition, where most of the world's population are projected to live – must find ways to manage the tension between development and environmental protection"

Climate change is also already hitting India hard. Heatwaves, drought, cyclones and other dangerous weather patterns directly threaten both lives and livelihoods, as well as creating the conditions for food and water supply crises, population displacement and higher incidences of disease. Developing nations such as India have few dedicated resources to manage climate change, and political focus is often on making immediate improvements to living conditions rather than preparing for future catastrophes.

Dr Khosla is more optimistic about the challenges facing India. "In India, where urban infrastructure has not yet been developed in many areas, there is a golden opportunity to undertake large-scale climate-conscious planning that reduces energy uptake without compromising on city needs," she says. "This includes the choice of building types, how they expend energy to cool and heat, the amount of travel distance for residents, and ways in which residents travel."

In many ways, India is providing a template for other developing nations struggling to create improved living conditions while also addressing climate change. 'National policy and city initiatives are beginning to incorporate climate action into urban planning, driven by the synergies between city development and climate goals,' explains Dr Khosla. 'For example, urban planning that accounts for the interdependence between infrastructure, transport and buildings, as opposed to only pursuing options within the sectors individually, are significant in reducing energy use and global greenhouse gas emissions for the long-term.'

One of the key places where energy is used – and therefore, will need to be reduced – is for cooling homes, offices and other buildings.

One of the key places where energy is used – and therefore, will need to be reduced – is for cooling homes, offices and other buildings. With temperatures routinely hitting the forties in major cities like Delhi and Mumbai, the demand for air conditioning, fans and other cooling appliances are predicted to grow exponentially as the city populations and income levels grow. Around the world, the energy needed for air conditioning is likely to triple by 2050, with ten new air conditioning units projected to be sold every second for the next 30 years. "Shaping the future of cooling is potentially the most significant opportunity we have to moderate future energy demand," says Dr Khosla. "Cooling is necessary for the quality of life of billions of people living in developing countries and, increasingly, for those developed countries traditionally unprepared for ever more frequent heatwaves due to climate change.

"On the issue of cooling, it can result in a feedback loop with significant negative consequences. Heatwaves are made more likely by climate change, but the cooling required to mitigate them drives further energy consumption. This in turn causes more CO2 emissions and contributes to further climate change."

In order to tackle this issue, a new programme on the Future of Cooling at the Oxford Martin School will bring together expert researchers from across the University. Led by Dr Khosla and Department of Engineering Science's Professor Malcolm McCulloch, the programme's aim is to examine and help shape the unprecedented increase in cooling energy demand growth. This will include research into the social behaviours and health impacts of severe heat, as well as the environmental impacts of the global cooling industry and new sustainable technologies.

"Global research on this topic is lacking, and the University of Oxford is at the forefront of new social and technical solutions for sustainable cooling," says Dr Khosla. "We hope that by 2050, sustainable cooling will be available to all."

The Future of Cooling project

Shaping the energy systems of the future