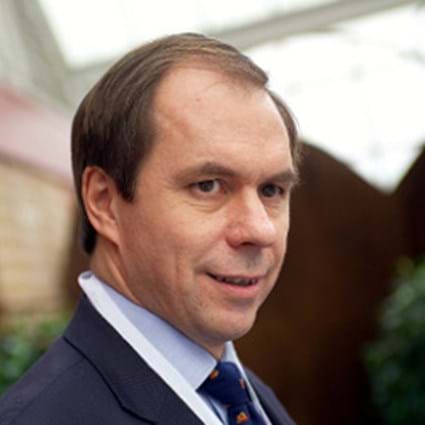 The story of SEND

Professor Lionel Tarassenko, Professor of Electrical Engineering and Head of Department between 2014 and 2019, tells the story of SEND (System for Electronic Notification & Documentation), the mainstay of vital-sign monitoring in hospitals in Oxford and South Warwickshire

"As a result of an admission in February 2021 to the John Radcliffe (JR) Emergency Department and Ambulatory Assessment Unit, I now have a patient record in SEND (System for Electronic Notification & Documentation), the mainstay of vital-sign monitoring in hospitals in Oxford and South Warwickshire.

The story starts with the grant “Hospital of the future” which I was awarded by the Engineering & Physical Sciences Research Council (EPSRC) in 2009, just after we opened the Institute of Biomedical Engineering (IBME). In the grant proposal, I laid out the vision for what I wanted to attempt. That vision was effectively what is now “SEND with wearables”, the system on the isolation ward at the JR which was used to monitor ambulatory COVID-19 patients (167 of them, for 320 patient days of monitoring throughout the first two waves of the pandemic).

The clinician with whom I partnered originally on the “Hospital of the Future” project was Professor Peter McCulloch, a surgeon. With him, I recruited Dr Tim Bonnici (now an ICU consultant at UCLH, who helped with the installation of the first SEND system in South Warwickshire). I was adamant that, before adding continuous data from wearables, the SEND system had to enable nurses to enter their vital-sign observations (heart rate, breathing rate, oxygen saturation levels, blood pressure and temperature) every four hours, or hourly for high-risk patients.

In the meantime, I had also been awarded a large grant from the National Institute of Health Research (NIHR) to work with Professor Peter Watkinson, an ICU consultant, on studies which evaluated the paper-based vital-sign charts (the non-electronic version) which he and I had designed for the JR. These were studies of mostly post-surgical cancer patients at the Churchill Hospital, also in Oxford. (David Clifton, now a Full Professor in Engineering Science and Fellow in AI & Machine Learning at Reuben College, was my Research Assistant at the time, working on the (statistical) computation of the chart’s vital-sign alert thresholds.

Professor Watkinson and I were invited to see a demonstration on the Churchill site of an electronic version of our paper-based vital-sign charts built by a big US healthcare company. The demo did not go well, and the research nurses trialling the electronic system asked to go back to paper after six weeks of its use on their ward.  At that very moment Professor Watkinson and I decided that we would have to design SEND ourselves.

We started the “SEND project” to design and evaluate the electronic version of our paper-based vital-sign observation charts, with improved escalation pathways. I brought in Dave Wong (my DPhil student at the time) and Paul Coombes, who had been working with me on a diabetes project. Peter Watkinson brought in his team of research nurses and human-factors specialists, and the rest, as they say, is history.

This very quick “tour d’horizon” could not be completed without reporting that SEND has now been used to record the vital signs of more than 1 million patients, including me. During the first wave of the pandemic, the average mortality rates for COVID-19 patients in Intensive Care Units (ICUs) in England and Wales was 40%; in Oxford, as a result of Peter Watkinson’s clinical acumen and the use of SEND throughout the hospital, with summary screens available in the ICU, it was below 20%. An example of inter-disciplinary research collaboration between engineers and clinicians which has saved lives."

Professor of Electrical Engineering (Head of Department between 2014 and 2019)