A team at the University of Oxford is calling for donations to a project that aims to provide reliable access to drinking water for communities in rural Africa – using ‘smart handpump’ technology developed by a former student here.

Around 275 million people in Africa don’t have reliable access to drinking water. Many in rural areas depend on handpumps to access groundwater – but at any given time one in four of those handpumps is broken. Mechanics are often unaware of failures, leaving pumps out of action and driving people to use distant, dirty or expensive water sources.

To combat this, an Oxford University team has developed ‘smart handpumps’ which use mobile phone technology to monitor how the pumps are functioning. Developed by Patrick Thomson, an Engineering Science alumnus, the smart handpumps send data to mechanics who can then make repairs quickly. Waiting times for repairs have gone from weeks or months, to just a few days. To date, this work has helped 70,000 people in Kenya have access to a reliable source of water.

Now, to expand this work and reach more people, Patrick and his team need to develop an improved IT infrastructure that can capture information from pumps across the continent using 4G mobile networks. This data will be shared with local engineers, governments, NGOs and charities to ensure that water keeps flowing.

They aim to fund the expansion of the project by raising £50,000 through a crowdfunding campaign, and the team are appealing to the public for donations. The campaign is being supported by the Global Challenges Research Fund, which has committed to match the first £25,000 raised.

Smart handpumps in action in Kenya

Patrick, who is now based at Oxford’s Smith School of Enterprise and the Environment, explains: “I read Engineering, Economics and Management (Worcester) from 1997 to 2001, sponsored by Racal (now Thales) Avionics, where I worked each summer. I went on to work there for three years, initially as a hardware design Engineer and then a Systems Engineer, working on helicopter navigation systems.

“After becoming a Chartered Engineer I decided that I needed a change, so joined The HALO Trust, the world’s largest mine clearance charity. Following my training in northern Mozambique, I worked for HALO for over five years running mine clearance programmes in Cambodia, Angola, Somaliland, and the Caucasus. My final posting with HALO was to Georgia, clearing cluster munitions from the 2008 war with Russia.

“In 2010, I returned to Oxford to study for an MSc in Water Science, Policy and Management. This course covered many aspects of water, and then brought me full circle back to Engineering (literally returning to the fifth floor of the Thom Building) in the summer of 2011 as I built the first prototype Waterpoint Data Transmitter for my dissertation.”

Patrick’s Engineering Science training stood him in good stead for a project like this one. He said: “The Smart Handpumps project has required experience and knowledge gained throughout my career – from the electronics fundamentals I learned during the second year lectures and practicals at Oxford, to my experience of running operations in remote, low-resource areas.

“Due to the broad-based nature of the Oxford Engineering course I had less specialised electronics training than some of my colleagues, but more understanding of other fields, like fluid dynamics and materials. This broad focus has been extremely useful, both in what I am doing now and as an Aircraft Systems Engineer, a role which involved everything from translating requirements from the RAF into design specs for the hardware and software teams, to running flight trials and project management.”

Patrick’s team have been working with Oxford University Innovation to set up FundiFix, a social enterprise company that maintains rural water supplies. Chas Bountra, Pro Vice Chancellor for Innovation at Oxford University, said: “Imagine turning on a tap and having to wait over a month for the water to come out. Imagine realising it is not coming and having to walk for miles every day to take water from a contaminated stream just to keep your family alive. This is reality for 275 million people in Africa. We have an opportunity here to take an Oxford idea and to turn it into real-world impact that will benefit millions of lives. I commend Patrick and his team for their work and implore people in the UK who take water for granted to donate generously and change the countless lives for the better.”

Patrick adds: “It's great to be back in Oxford working on this project in partnership with the Institute for Biomedical Engineering, firstly with Gari Clifford and now David Clifton. By applying some of the machine learning methods that have been developed for aerospace and health care to the problem of handpump failures, we could reduce downtimes to zero, providing significant health and livelihood benefits for the households that rely on these pumps for their daily water needs.”

The team’s crowdfunding appeal runs until the end of June. Donate now at https://oxreach.hubbub.net/p/Smartpumps/

Keep up with their efforts: 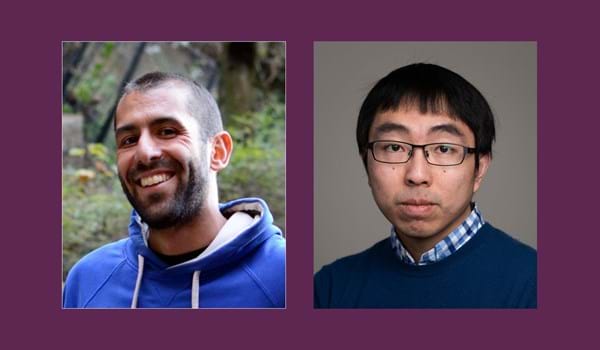 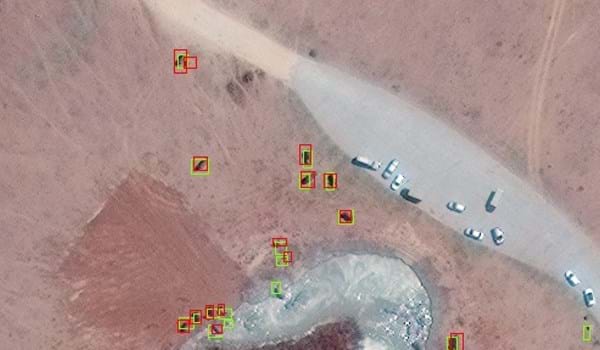