First Light Fusion, a spinout co-founded in 2011 by Engineering Science alumnus Dr Nick Hawker and Professor Yiannis Ventikos, has successfully demonstrated inertially confined “hot” fusion in a collapsing cavity, a process that generates energy by smashing together atomic nuclei, using its own proprietary technology. This involves firing a hyper-velocity projectile at a stationary target in which there is a capsule filled with nuclear fuel. The impact launches a very large amplitude shockwave that crushes the cavity and generates a very hot and dense plasma, leading to fusion. This reaction creates energy in the form of high energy particles than can be captured and whose energy is subsequently absorbed and converted into heat. 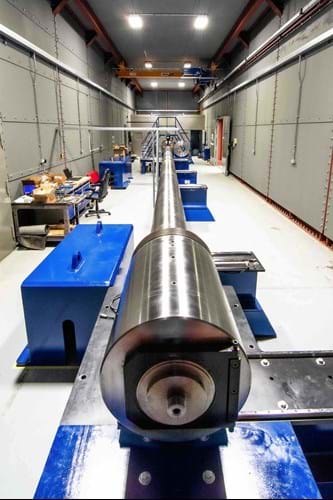 To deliver the result, First Light used a large two-stage gas gun to launch a projectile at the target containing the fusion fuel. The projectile reached a speed of 6.5 km per second before impact. The wall of the fuel-containing cavity accelerated to over 70 km per second as it imploded, making it the fastest moving object on earth at that point.

The UK Atomic Energy Authority (UKAEA) has independently validated the result. This is the first time that fusion has been achieved using the unique targets developed by First Light, and the associated projectile technology.

Dr Nick Hawker, co-founder and CEO of First Light Fusion said: “Our approach to fusion is all about simplicity. Being simple, we believe projectile fusion is the fastest path to commercially viable power generation from fusion. We aim for simplicity in the power plant engineering, but we also want to make the fusion process itself as simple as possible. The key technology is our target designs. As objects, these are very complex, but the physics is simpler than other fusion approaches; it can be understood and simulated accurately. With this result we have proven our new method for inertial fusion works and, more importantly, we have proven our design process. The design used to achieve this result is already months out of date. As soon as we reach the maximum with one idea, we invent the next, and that incredible journey of discovery is what is so exciting.”

Professor Yiannis Ventikos FREng, Kennedy Professor, Head of Department for UCL Mechanical Engineering, and co-founder of First Light said: “While achieving fusion in the lab is a tremendous success in its own right, the context is equally important. True to First Light’s rigorous scientific approach, this result is supported by strong and continuously evolving computer modelling. This capability sheds light, in exquisite detail, into the processes that generate these neutrons. Such tools are in daily use by First Light’s scientists, helping design unique targets, launchers and amplifiers, navigating the challenging path towards gain and a first-of-a-kind reactor. This pursuit of practical and affordable fusion will give us the clean and abundant baseload power that we so desperately need in our effort to address - and hopefully reverse - global warming.”

It is important to recognize that the levels of fusion achieved in these experiments are not sufficient for viable power generation because the energy required to induce fusion exceeds the energy generated by said fusion. This is because, at the moment, the majority of the fuel atoms in the target do not fuse. The next step is to completely “ignite” all the fuel in the cavity, at which point a single target measuring about 1 cm on a side will yield enough energy to power a home for 2 years. First Light’s next step is to achieve this condition, commonly referred to as “gain”. The company expects to also partner with existing power producers to develop a pilot plant in the 2030s using its fusion approach. Such pilot plant is expected to produce ~150 MW of electricity and cost less than $1 billion. 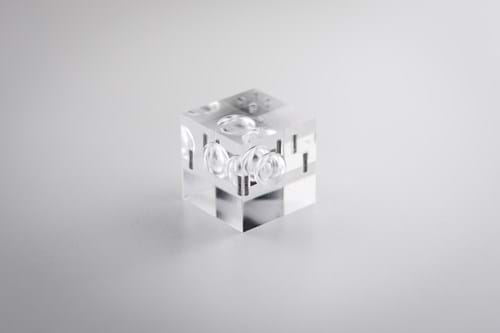 Above: the 2-stage gas gun used to launch the projective at 6.5 km/sec; Below: an illustrative mock-up of a target with multiple embedded cavities 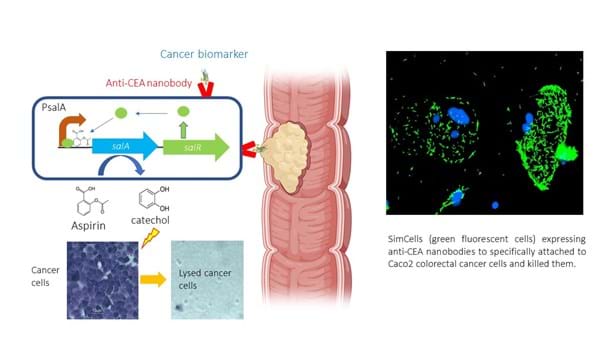 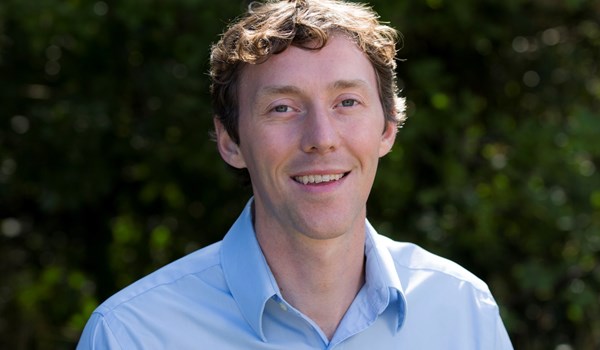