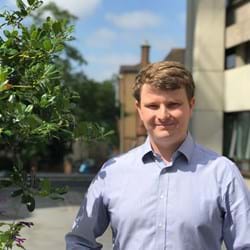 Felix Leach is an Associate Professor of Engineering Science, and Fellow and Tutor in Engineering Science at Keble. Felix is a Chartered Engineer (MIMechE), a Fellow of the Higher Education Academy, and a Member of the Society of Automotive Engineers.

His research interests are in Combustion, and specifically emissions and efficiency in internal combustion engines. He works in the Jaguar Land Rover Centre of Excellence for Combustion Research within the Department using world-leading measurement capabilities to develop an engine for the 21st Century.

Felix’s PhD research, demonstrating variations in regulations for testing new cars, were fed into the recommendations for the now current EU6 reference fuel specification – effectively influencing the EU law behind emissions tests on new cars. He is working on advanced measurement techniques for engine diagnostics. Felix has a significant engagement with Public Policy on emissions from vehicles. He has run projects with Oxford City Council and Oxford Bus Company measuring emissions from buses in Oxford, as reported in the Oxford Mail.

My research is in Combustion, and specifically emissions and efficiency in internal combustion engines.

Air quality matters to all of us and recently I have become concerned about the unintended consequences of public policy on emissions from vehicles. For example, the post-'dieselgate' demonization of the diesel engine has led to an increase in UK vehicle CO2 emissions in 2017--the first time that CO2 emissions have risen in over two decades. The London Ultra Low Emission Zone, coming into force in 2019, while placing heavy restrictions on diesel vehicles allows for unlimited particulate emissions from gasoline vehicles and motorbikes. These policies, although well meaning, to be misguided and ill-informed and hence ineffective.

I am taking a lead in engaging with the public sphere on these issues, I have had letters published in The Economist and The Guardian discussing the demonisation of the combustion engine and low emissions zones. I am often told that air pollution kills 40,000 people each year in the UK, the University of Cambridge's Winton Centre for Risk and Evidence Communication digs into the data and tells us something quite different. I also have been liaising with the Scottish Air Quality forum discussing how their air quality policy might be further developed.

In addition to public engagement I am carrying out research to enable the development of effective, evidence based research. Recently, for example, I have been running a project joint with Cambustion, Oxford City Council, and Oxford Bus Company measuring NOx emissions from buses in Oxford - with a view to understanding what causes the emissions both from the vehicle side, and from a road design perspective. You can read more about it here, and the coverage in the Oxford Mail here.

My most recent project is developing an exciting new flow meter with significant potential. Accurately measuring how much fuel is being used in fuel injectors is essential for monitoring both gasoline and diesel engine performance. Current technology allows us to do this for the whole engine over many injections, but not for each injection event. This project has taken technology already used widely in the oil and gas industry (the Coriolis mass flow rate meter) and has adapted it to provide high-speed flow rate information for an individual Diesel injector. We call this Fast Next Generation Coriolis (Fast NGC). Oxford's patented signal processing and filtering methods provide the Fast NGC with the potential to both measure the fuel mass injected in a single injection and to display this information in real time. The filtering tools will also enable on-engine operation of the Fast NGC. The ability to measure changes in injector flow rate on-engine, for example due to injector ageing, would enable engine control systems to compensate in-service, improving combustion control and reducing emissions.

We have recently completed a feasibility study on the Fast NGC concept with funding from the 'Preparing for the Grand Challenges' program of Advanced Propulsion Centre UK (£80,000). The efficacy of the Oxford 'Prism' filtering methodology enables the Fast-NGC system to capture individual diesel injection events. The time response of the Fast-NGC system, currently demonstrated with a production flow tube, is world leading. The next stages will be to refine the technique on a rig, and then deploy on-engine.

My current focus is on Diesel engines, focussing on NOx and Soot emissions alongside fuel efficiency. I work very closely with Jaguar Land Rover (JLR), where I work in the Centre-of-Excellence for Compression Ignition Engine Combustion Research, a high profile collaboration between Oxford and JLR. The work has built one of the most advanced engine test facilities of any university in the UK, and gives measurement capabilities that are world leading.

My DPhil (PhD) was on particulate emissions from GDI engines under the supervision of Prof Richard Stone. The work, funded by EPSRC and Jaguar Land Rover, focused on the effect of fuel composition on particulate (soot) emissions from car engines. The thesis validated an equation linking the fuel composition to the emissions on a variety of car engines and included collaborative work between Oxford University, Jaguar Land Rover, Shell, and the University of Bath.

The results of my experiments, demonstrating variations in the current regulations for testing new cars, were fed through ACEA (European Automobile Manufacturers' Association) into the recommendations for the now current EU6 reference fuel specification – effectively influencing the EU law behind emissions tests on new cars.

The work was the subject of numerous academic publications, and was featured by the SMMT (the UK car manufacturers and vendors industry association) in 2014-15.

My DPhil was awarded the Richard Way Memorial Prize for the best PhD Thesis in Engine Research submitted in 2014. The prize is awarded by the UnICEG (Universities Internal Combustion Engine Group). UnICEG is a group of researchers in internal combustion engine research and development, membership comprises over 100 organisations with approximately equal representation from universities and industry.

I am always interested to hear from people interested in doing a DPhil. Projects would be in the general area of combustion, emissions, and engines, but please get in touch to discuss specific projects and ideas. 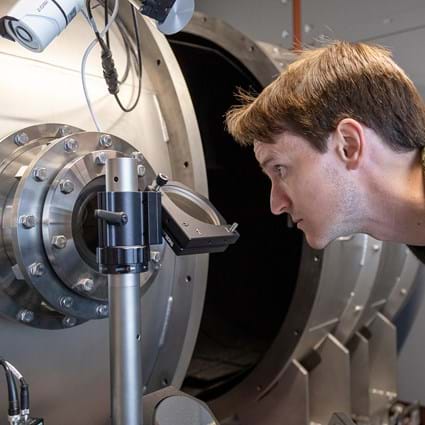 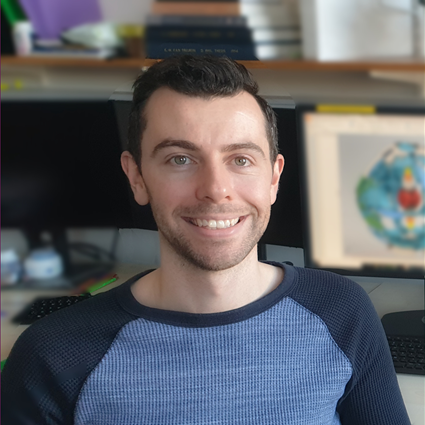