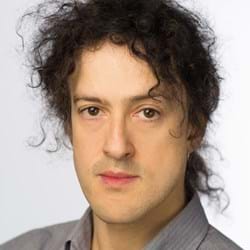 Professor Philip Torr did his PhD (DPhil) at the Robotics Research Group of the University of Oxford under Professor David Murray of the Active Vision Group. He worked for another three years at Oxford as a research fellow, and still maintains close contact as visiting fellow there.

He left Oxford to work for six years as a research scientist for Microsoft Research, first in Redmond, USA, in the Vision Technology Group, then in Cambridge founding the vision side of the Machine Learning and Perception Group. He then became a Professor in in Computer Vision and Machine Learning at Oxford Brookes University, where he has brought in over one million pounds in grants for which he is PI. Recently in 2013, Philip returned to Oxford as full professor where he has established the Torr Vision group.

He won several awards including the Marr prize (the highest honour in vision) in 1998. He is a Royal Society Wolfson Research Merit Award Holder. Recently, together with members of his group, he has won several other awards including an honorary mention at the NIPS 2007 conference for the paper 'P. Kumar, V. Kolmorgorov, and P.H.S. Torr, An Analysis of Convex Relaxations for MAP Estimation', in NIPS 21, Neural Information Processing Conference, and (oral) Best Paper at Conference for 'O. Woodford, P.H.S. Torr, I. Reid, and A.W. Fitzgibbon, Global Stereo Reconstruction under Second Order Smoothness Priors', in Proceedings IEEE Conference of Computer Vision and Pattern Recognition, 2008 . More recently he has been awarded best science paper at BMVC 2010 and ECCV 2010.

He was involved in the algorithm design for Boujou released by 2D3. Boujou has won a clutch of industry awards, including Computer Graphics World Innovation Award, IABM Peter Wayne Award, and CATS Award for Innovation, and a technical EMMY. He then worked closely with this Oxford based company as well as other companies such as Sony on the Wonderbook project.

He is a director of new Oxford based spin out OxSight, and Chief Scientific Advisor for Five AI.

Philip's research interests lie in the fields of computer vision and machine learning.

He leads the Torr Vision Group, part of the Oxford Robotics Institute.