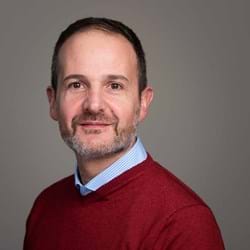 Philippe Rocca-Serra graduated from the Ecole Nationale Supérieure d'Agronomie de Rennes, France with a Diplôme d'Ingénieur before completing a Ph.D in Molecular Genetics from the University of Bordeaux (2001), during which he was supported by EMBO fellowship supporting collaboration the University of Oslo.

He then joined the EMBL European Bioinformatics Institute (EBI), contributing to the design and development of databases, tools and data standards for communicating scientific results generated by Omics technologies. He joined the Oxford e-Research Centre in 2010 and has continued developing his activities on open data and open science.

An Innovative Medicine Initiative 2 Research and Innovation Action (grant agreement: 802750) project to deliver guidelines and tools to facilitate the application of ‘FAIR’ principles to data from certain IMI projects and datasets from pharmaceutical companies.