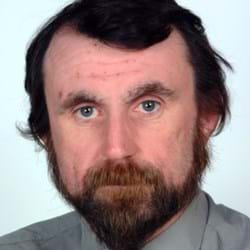 In November 1997, Steve moved to the Department of Engineering Science at the University of Oxford. Initially he continued his work on wide dynamic range CMOS cameras. However, in 2012 he started working on various approaches to improving the performance of receivers for Visible Light Communications and this is now the focus of his research.

The current focus of his research interests is the development of these two technologies and their application to visible light communications and contamination detection in the food industry and hospitals.

I am open to supporting DPhil students with an interest in: