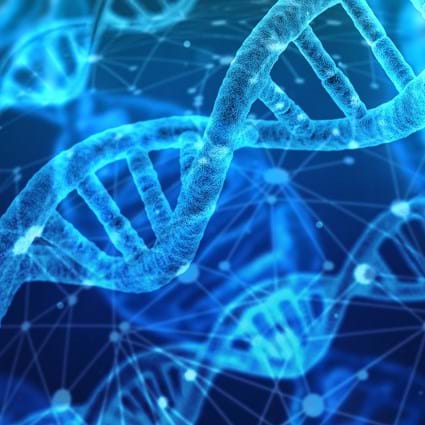 Shamit Shrivastava is a Senior Research Associate at the Department of Engineering Science and Rosalind Franklin Institute. Here, he writes about the research he's undertaking, which could have a big impact on how we treat cancer patients.

Just like the rays of sunlight focussed through a lens can easily cause a burn, sound waves can also be concentrated deep inside the human body to produce a physical effect. The “destructive” power of acoustic waves has had remarkable success in treating many ailments that require micro-ablation or incisions, as I covered in a previous post. State of the art now allows precise control and delivery of acoustic energy into various internal organs of the human body where the energy can be focussed to form controlled lesions on incisions. However, in comparison, the biophysics of how acoustic fields interact with biological matter at a microscopic level lags far behind. Mechanical stimulus is well known to cause a variety of biological effects at a cellular level. Given high-intensity acoustic fields are essentially mechanical stimulus, it is conceivable that acoustic fields can control biological functions at the cellular level. Ability to do so can address many immediate challenges of biomedical research. One such problem is a safe and efficient translation of gene therapy.

For those familiar with the field, genetic therapy holds immense potential as a treatment for all sorts of ailments and diseases. Simply stated, the premise is that a diseased cell can be re-programmed to be healthy by introducing nucleic acids (mRNA or DNA) into the cell. However, unlike many conventional small molecule drugs, nucleic acids can not cross various cellular barriers, such as plasma membrane, before they could reprogram the cell (translated). Introducing nucleic acids as a treatment is further complicated by their usually strong immunogenic response.

Notice how different soap surfaces progressively become one; this is somewhat similar to the process of fusion in cellular membranes as well.

Notice how different soap surfaces progressively become one; this is somewhat similar to the process of fusion in cellular membranes as well.

These challenges can be overcome by loading nucleic acids on lipid nanoparticles. These nanoparticles not only act as a trojan horse keeping the nucleic acids safe till their release but also provide a lower energy route for crossing the membrane by performing biophysical contortionism (fusion) instead of punching holes. Moving from one contortion to the other still requires small amounts of energy, which is provided by the thermal environment of the cell. More efficient a nanoparticle is in using this energy, more efficient is the internalization of the nucleic acids. However, what if we can design the nanoparticles so that they can utilize the energy from an outside source like a high-intensity acoustic field? This study shows the feasibility of such an approach for the first time.

It is important to note that the study was performed in vitro, but various components of this study were designed by our group at the Oxford center for drug delivery devices, keeping in mind their scalability and compatibility with future clinical settings. Also, the nanoparticles designed in this study are not necessarily the most efficient version yet. The goal of this study was more fundamental than that. The goal was to establish principles at the intersection of acoustic physics and basic biophysics that can be tapped into to create a new class of drug delivery products. It was to introduce a new way of thinking about noninvasive therapies where acoustics can evolve from its current role as a precise “ablator” to a source of energy that cures by controlling the biological pathways affected by a disease.

This is a summary of an article published in American Chemical Society Materials & Interfaces. 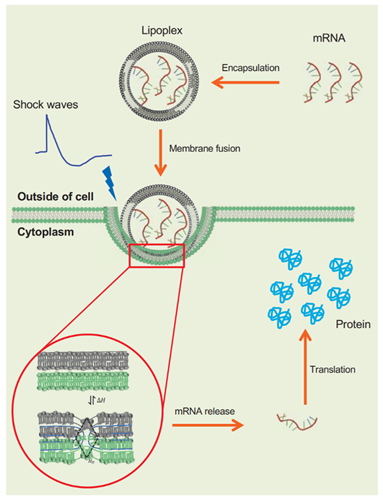 Information Engineers to the Rescue