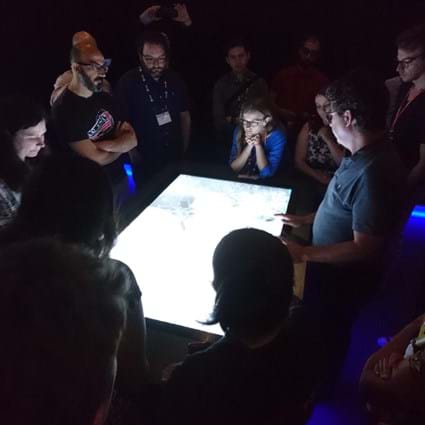 Currently, nearly one quarter of the world’s urban population lives in informal settlements or encampments, most in developing countries but increasingly also in the most affluent ones.

Largely ignored by governments, featuring little to no infrastructure, and home to startling levels of inequality, informal settlements are home to some of the poorest people on the planet.

Efforts to improve living standards within these settlements is hampered by a lack of information on them. Their sizes and locations are often unknown, and with no security of residence, housing is unlikely to comply with building, planning and safety regulations.

For this reason, 2018 saw the Frontier Development Lab (FDL) announce their goal of mapping informal settlements. The FDL is a collaboration between NASA, the European Space Agency and private enterprise, and they unveiled this project as part of their aim to create a ‘Mission Control for Planet Earth’, using satellites to make a difference to people on the ground.

DPhil student Bradley Gram-Hansen (part of the Department’s Centre for Doctoral Training in Autonomous Intelligent Machines and Systems, which is training a world-class cohort of researchers in the theory and practice of a new generation of autonomous intelligent machines and systems) has been lending his Machine Learning expertise to help make this goal a reality.

“However, the process of generating these maps is currently very costly; for example it costs approximately $10,000 to obtain a high-resolution image the size of the urban area of Nairobi.”

The team knew that this problem could be surmounted with the help of machine learning, making it possible even for cash-strapped NGOs. “For the first time,” says Bradley, “we can make use of freely available global low-resolution satellite imagery, applying machine learning to predict and generate maps providing the locations of these settlements.”

Bradley worked on the project alongside two other Oxford researchers, Yarin Gal and Piotr Bilinski (now based at the University of Warsaw). “In terms of my contribution, I helped to determine and implement the methodologies that could be utilised to solve this problem. In regards to the classification algorithms used, Canonical Correlation Forests and using the spectral information contained within the ESA satellite images to extract information pertaining to the types of materials in each pixel.”

The project involved researchers from institutions around the world. They spent a week at the ESA Earth Observation headquarters in Esrin, Italy, where they were introduced to Do-Hyung Kim of UNICEF. “He really opened our eyes to the problems that they are trying to solve,” says Bradley. “In addition to this, Satellite Applications Catapult were able to facilitate our access to very-high resolution data via Digital Globe and Nvidia provided FDL Europe with $1 million of computing, which was shared between the two teams that worked on separate projects over the 8 weeks. Google also provided additional cloud services.”

The resulting research is capable not only of identifying informal settlements, but also of mapping them for comparative purposes, allowing agencies to monitor how they change over time.

In addition to these breakthroughs, the team demonstrated a second method for detecting informal settlements with satellite images. By applying simple classifications algorithms, they can detect materials that are known to be used regularly in the construction of informal settlements.

Bradley concludes: “It’s nice to work on applications that have the potential to have a profound impact on society. There is still an awful lot of work left to do, but in performing these experiments over the summer, we have provided a base which we can build upon.” 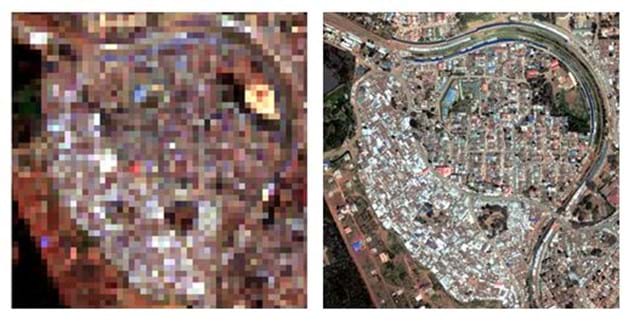 The team have made their results available to download. Both the code and a brand new data set containing ground truth maps and corresponding low-resolution images of informal settlements around the world are available open-source.