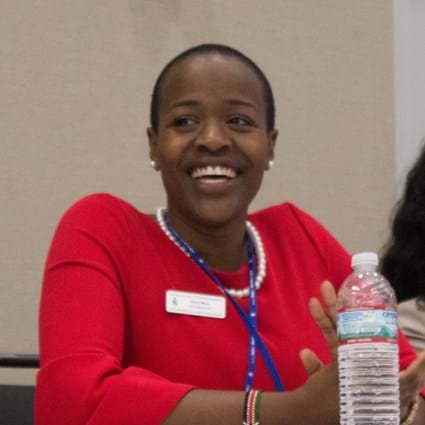 Naomi Mburu is a 3rd year DPhil student and Rhodes Scholar working on developing materials for fusion reactors. She is also passionate about and actively involved in organising conferences for BME engineers and providing mentorship for younger students. We spoke to Naomi to find out more.

“Day-to-day, I usually work at the SouthWell building in the Engineering Science Department.” Naomi tells us. Naomi’s field is in developing materials for fusion reactors. Fusion is the process that happens naturally inside stars – two atoms are fused together by intense pressure and heat to produce a new element, and energy gets released in the process. For a star that makes it shine, on Earth it could revolutionise the way we source energy as a clean fuel source. “I'm working with a company in the Oxfordshire area called Tokamak Energy to develop novel materials for the inside wall of their nuclear fusion reactor.”

At the moment, fusion is still in the future, but Naomi’s research is bringing it closer. She is developing materials that are not only efficient, but long lasting to the intense conditions needed for the fusion process. “Right now, most nuclear reactors only run for a few milliseconds. So the duration doesn't matter so much in terms of the materials you use, but when you want to have a steady state reactor, hopefully someday in 10 or 20 years, we're going to need some new kind of material that can withstand extremely high temperatures and high heat fluxes for a long period of time. No solid wall can really do that so we're looking into the possibility of using liquids or even vapours; my PhD is focusing on liquids.”

Depending on the approach, a theoretical or practical perspective raises different questions for this line of research. As Naomi adds, “In the Math Department they're studying theoretically: How can you control a liquid metal wall? The wall has to be flowing and it flows according to magnetic field gradients, and that's all a big, complicated math problem.”

Naomi first encountered nuclear fusion at school, “I learned about nuclear fusion in my physics class and I thought it was the coolest thing ever. I wanted to study it in undergrad, but it wasn't offered at my University, so I did chemical engineering instead. I knew I wanted to try it out at some point, so I decided to try it for a PhD and it has been pretty fun so far.”

“In high school I really enjoyed science and math but I really liked the application of the two, not necessarily the theory, so that was more of the reason why I decided to try out engineering.”

When Naomi went to study for her undergraduate degree in the USA, she became interested in  organising conferences, “I was involved with an organization called the National Society of Black Engineers, which is a US based organization for specifically people of colour interested in pursuing degrees or careers in engineering. I became their regional Vice chairperson in my last year of undergrad (2017-2018). A big part of that role is organizing different kinds of events where you can bring together the people in your region. I had a large region of about 3000 people in Maryland, Washington DC, Virginia, New Jersey, Pennsylvania and North Carolina. We would plan about 12 conferences each year in different parts of the region and then larger conferences, every term or so. I got to travel for all of them, which was really exciting. “ 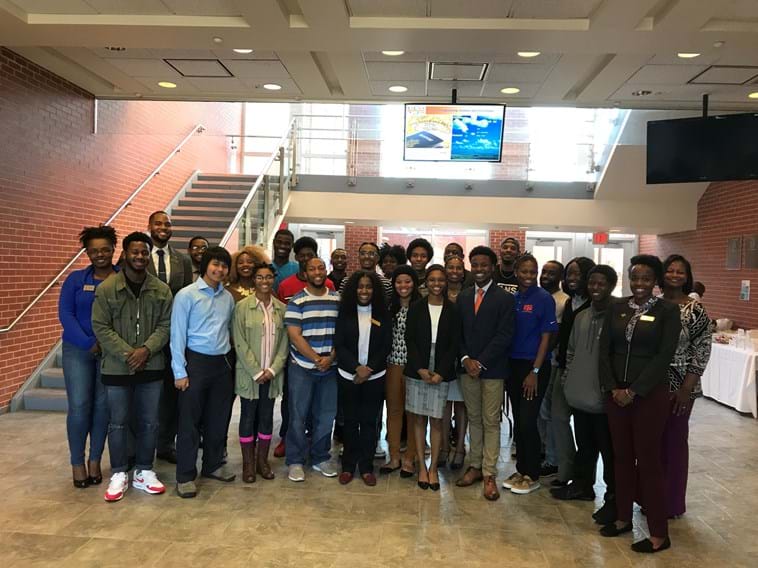 “I absolutely loved the process of designing a conference and thinking of ways to better engage the people that were in my region, as well as the whole planning process. I found that I was quite good at it, I really enjoyed it and I loved attending conferences.”

“Over time we were able to really figure out what people like and to know what people didn't like. One thing I noticed from feedback was that people really like making personal connections during the conferences. I would always make sure that there was a way for networking to happen, but I'd also make sure that my executive board would go out and try to facilitate these sorts of interactions between people. So, if we saw someone sitting alone you would try to integrate them with someone else, or we would go chat with them to make sure that everyone is included and understanding all the benefits of attending the conference and getting the most out of it. ”

Naomi and her colleagues would also implement other techniques to foster networking at events, “I would test out a lot of different icebreaker techniques, some involved standing up and finding someone across the room who has maybe the same birth month as you, and other silly things so that you can meet new people and not just leave with the same people that you came in with. Sometimes they were not even related to engineering, but just getting to know people on a personal level, I found that quite valuable.”

Since moving to Oxford to study for her DPhil at the Department of Engineering Science, Naomi has continued using her conference organising skills, “I joined the Association for Black and Minority Ethnic Engineers (AFBE-UK) last year because I wanted to be part of an organization similar to the one that I joined in undergrad, and AFBE was the most similar. I was helping them plan different events last year, but they'd never had a national conference or really any kind of conference before, so I told them about my conference planning expertise and we all decided that we wanted to plan the first conference for AFBE. So far it's been quite interesting. The conference itself will be definitely different than the conferences we had at undergrad - just because this organization is a bit more focused on professionals rather than students, but the same principles of networking and professional development are still relevant. We started planning around April and we have a committee of eight people who are all at different parts of their careers.“

“We're planning to have it in October 2021 in person, but we're not sure exactly how the world will look at that point. We're also pursuing online avenues. It's been really exciting, learning about conference planning here and how things are a bit different, and also being more involved because I'm taking more of a leadership role.” 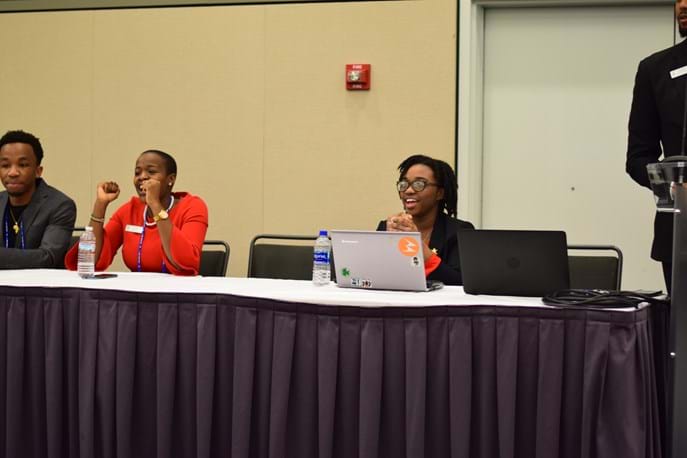 Another way Naomi contributes to the academic community is through mentoring, “I love mentoring other people. I mentor a lot of students back in the US and also here in the UK. It's really inspiring for me to get to hear their stories of what they want to do and it even makes me feel more inspired to do the work that I'm doing. Sometimes, as a DPhil student, it can get hard and you feel quite monotonous and tired of research, but when you speak to younger students who are just beginning their careers in science it can be quite inspiring for me, the mentor.”

“It's also inspiring to help people when they're going through similar challenges. I find that really exciting to be able to alleviate some of the challenges that I had to go through, sometimes by myself, because I didn't have mentors at some point in my life. I really enjoy the process of helping students in their career decisions and with essays and future planning.”

Naomi also had a notable mentor in her engineering career, “Along the way, as I've been doing more engineering, there's been a lot of people who have inspired me, but probably the most so was my undergraduate research mentor, Dr Slaughter. She's originally from Ghana and she is now a full professor. She was phenomenal - she definitely had the most impact on me. She was very strict and had a lot of rules and hard deadlines. The experience helped to develop me into a better researcher, academic writer and scientist in general. I really appreciate the three years that I had working in her lab.”

Outside of her DPhil, conference planning and mentoring, Naomi likes to try different sports such as running and boxing, “I have a lot of other, smaller hobbies that I really like, like cooking. I have recently got into sketching, I love reading. I love writing, I have a personal blog that I write about whatever sort of thoughts are coming to my mind.”