Michael joined BUBBL in October 2019 and is pursuing a DPhil under the supervision of Professors Constantin Coussios, Robert Carlisle, and Stephen Payne. His DPhil project uses cell culture and mathematical modelling to optimise the design of drug delivery systems. He is probing the relationship between drug uptake and cell death and how this may be impacted on by the application of heat

Before joining BUBBL, Michael undertook industrial placements with Atkins PLC and Rolls-Royce during the completion of his MEng degree from the University of Oxford. His MEng included a final year project under the supervision of Prof. Chris MacMinn, examining transport phenomena in deforming porous media. Alongside his DPhil research, Michael is a retained lecturer in Engineering Science at Worcester College, giving tutorials in Mathematics and Structures. He also teaches for Somerville and Harris Manchester colleges.

Mathematical Modelling and Optimisation of Device-Enhanced Drug Delivery to Tumours. 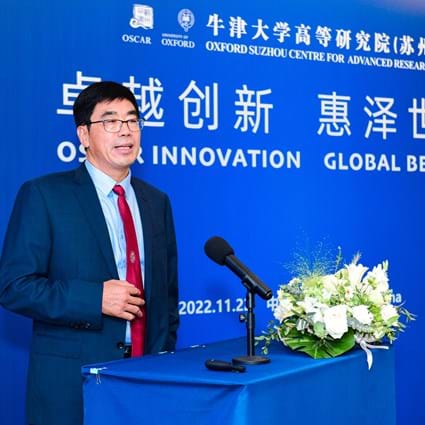