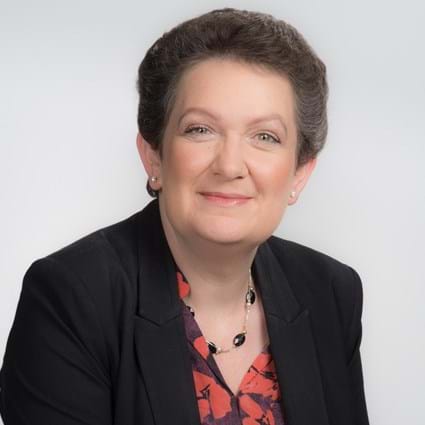 "I graduated from Oxford (Balliol) in 1989 following three very happy years studying engineering science, building great friendships and indulging my interest in politics and leading communities (as deputy president of the JCR and various societies).  Following a brief stint in politics as the full time President of SDP Youth and Students in the SDP’s dying days, I decided to do a Masters in Economics and my search for funding led me to the Civil Service. It had a scheme which supported me for two years at LSE, summer jobs and then a job as an Assistant Economist at the Treasury.  I only planned to stay for a couple of years but more than 25 years later I’m still learning, growing and enjoying what I do.

I have much for which I should thank the Oxford Engineering Science Department, and my wonderful tutors at Balliol

I have spent so much of my career in the Treasury that I tend to say it runs through me like words in rock.  I evolved from roles as an economist in local government spending and business tax into a policy adviser on budgets and spending reviews.  I was a private secretary and speechwriter to Gordon Brown in the early days of his time as Chancellor, managed government debt, lead the Treasury’s own strategy and corporate services and a major review of public service pensions.  Outside the Treasury I have worked in a number of government departments with a formative few years as deputy head of the Sure Start Unit leading innovative programmes for young children in deprived areas; ran a change programme to bring customs, immigration and visas into a single Home Office Agency; lead on mental health, community, primary and social care at the Department of Health; and most recently set up and lead a programme in building safety in the wake of the Grenfell Tower fire.  Since April I have been working in the Department of Environment, Food and Rural Affairs leading on EU Exit (there’s a lot to do with Brexit in DEFRA).   And my career has been supported by my husband and three children while the Civil Service has enabled me to balance work and family life.

When I talk about my career I see my training as an engineer as a great foundation.

When I talk about my career I see my training as an engineer as a great foundation.  Studying economics at LSE I took the models I had studied as an engineer and applied them to economic variables and theories, testing my maths to the limits.  A civil servant needs to write well, clearly presenting the issues and the evidence.  I found that engineering as a discipline was the best preparation to set out the facts, the model, the outcome or recommendation and to test the scenarios and variances.

In all the jobs I’ve done I have been an advocate of systems thinking - working across silos and looking at end to end processes to see answers to issues such as health and social care integration, the experience of very young children in poverty, the impact of poor mental health, and the safety of high rise buildings.  Finally I have a huge respect for the government scientists I have worked with and I suspect my background aids me in accessing their knowledge and skills.  So I have much for which I should thank the Oxford Engineering  Science Department, and my wonderful tutors at Balliol, Alistair Howatson and Peter Whalley."