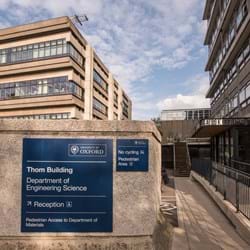 In 2011, Stephen was awarded a Royal Society University Research Fellowship to conduct research on random laser devices, which he held until September 2016, first at Cambridge and then Oxford. From 2007 to 2013, Stephen was also a Fellow of St Catharine’s College, Cambridge, where he was the Director of Studies in Physics for Part I.

He has been an Associate Professor in Engineering Science and a Tutorial Fellow at Jesus College since 2013.

Alongside his responsibilities at Oxford, Stephen is the Associate Editor of the Optical Materials journal.

Stephen's research focuses on the design and development of new opto-electronic devices that are based upon soft-matter such as liquid crystals and polymers. The research sits at the interface between engineering, materials science and physics and includes the development of new electro-optic effects and materials for a range of device applications. His group's research is largely experimental in nature, but is also underpinned by theoretical studies in collaboration with Professor Steve Elston.

Examples of some of the devices and technologies that they study include: