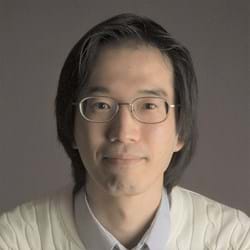 Dr Nishino studied mechanical engineering at Kyoto University for his Bachelor’s and Master’s degrees, and obtained his PhD in aerodynamics at the University of Southampton in 2007.

After his PhD, he received a prestigious NASA Postdoctoral Program (NPP) fellowship to spend three years at NASA Ames Research Center in the US. He came back to the UK in 2011 to take another three-year postdoc position in Oxford.

More information is available on his personal website and also on 'Human Library'.

Dr Nishino’s expertise is in the areas of theoretical fluid mechanics and offshore renewable energy, such as wind and tidal-stream energy. During his first postdoc period at NASA, he learnt a variety of advanced modelling techniques for complex turbulent flow simulations. He then extended his research area to offshore renewable energy during his second postdoc period in Oxford. His major achievement during this time was the development of multi-scale flow models to predict the efficiency of a large cluster of tidal-stream turbines. In particular, he mathematically derived a new theoretical upper limit of 79.8% for the efficiency of an isolated cross-stream array of turbines (Nishino & Willden 2012, J. Fluid Mech. 708) compared to the classical "Betz limit" of 59.3% for a single isolated turbine.

Apart from wind and tidal-stream energy, he is also working on a range of fundamental problems in aero/hydrodynamics, such as laminar-to-turbulent transition and separation of the boundary layer, static and dynamic stall of aero/hydrofoils, stability and mixing characteristics of turbulent wake behind a bluff body, and flow-induced vibrations.

Multi-Wind - Addresses key scientific and technical challenges in large-scale wind power generation, aiming to answer what would be the most optimal way to extract the power of wind at a very large scale (with the UK Met Office).

I am Interested in supervising research students in the areas of theoretical and computational fluid dynamics, wind energy and tidal-stream energy.