Out of this world rocket attempt for student team

A team of 10 undergraduate and postgraduate students have built and tested their own solid fuel rocket, using a combination of resin, photoresin and fibreglass, with a focus on making the rocket reach as high as possible. The launch was part of their entry into the National Rocketry Championships, which will announce a winner in July.

The 2.5-foot rocket was launched at the EARS launch site in Cambridge by the Oxford University Rocketry Team. The process leading up to that launch formed the basis for a report which the team are submitting into the 2019-20 National Rocketry Championships, run by UK Students for the Exploration and Development of Space (UKSEDS).

This competition requires teams to design, build and launch a mid-power rocket with the primary goal of reaching the greatest height possible. Entrants are scored on the normalised altitude their rocket obtains (against the impulse of their motors), as well as the quality of their report on the process. 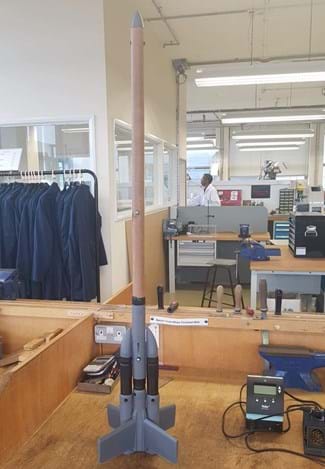 The Oxford team opted for a Soyuz rocket design with body made of carbon fibre to optimal strength to mass ratio and fibreglass to allow radio tracking. The nose cone and fins were 3D-printed in photoresin, designed for a high lift-to-drag ratio. It, along with the fins, were tested at various speeds in a virtual wind tunnel prior to any decision being made.

When the motors finished firing, a chemical fuse is lit, allowing a few seconds before an ejection charge is ignited. This causes a rapid increase of pressure inside the tube, ripping apart the two sections of the main tube, releasing the parachute inside for landing at a safe speed.

Come launch day, the team hit a snag when one of the rocket’s boosters failed to ignite, which caused a torque in the initial part of its trajectory, before the rocket was fast enough to stabilise using the specialised fins that aided enormously with stopping the rotation. This meant that the rocket ended up on a diagonal path as opposed to a vertical path, indicated by the smoke trail.

Since the rocket left view so rapidly and went over the horizon and then the rocket was not recovered, the team were unable to determine whether or not the parachute deployed correctly.

However, the society’s president Hai Phan is optimistic. “Overall, I think it was a steep learning curve for us to establish a team, find funding, launch site, learning about regulation and engage with the public, all within term time,” he says. “But even though the launch didn’t go exactly as planned, what’s important is that we are closer to establish a ‘learning by doing’ platform for both STEM and also humanities students. ”

The team, which was led by Roman Hawrych and Micheal Nestor, have now submitted their report to UKSEDS, and they hope to find out soon how they will be scored. Hai adds: “This is the result of our passion and we hope to be able to sustain the Society in order to master these projects before moving on to more ambitious ones.”

The project was funded by a grant from the Department’s Engineering Undergraduate Innovation Fund, which provides resources for students hoping to apply their engineering expertise outside of their studies. Recently, this has included everything from sending our Engineers Without Borders group to undertake outreach work in rural Karnatka, India, to the Mars Rover group who entered a national competition with their design.

Professor Stephen Payne, who oversees the Fund, explains: “This is an example of exactly the sort of work that the Fund rewards. We’re very proud of the team and we look forward to seeing where the Rocketry Society goes from here.” 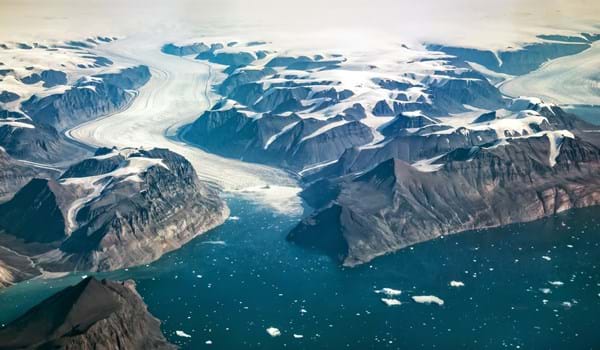 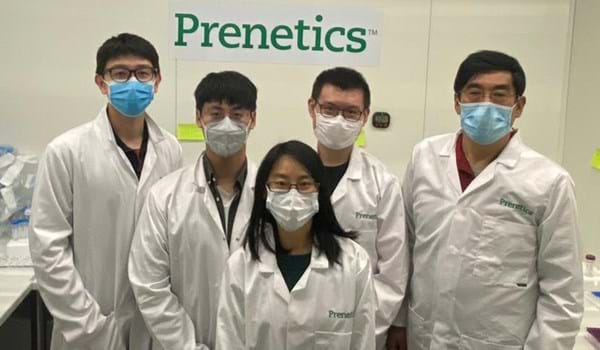